Barcelona was our disembarkation port but we had an overnight on the boat before we had to get off. Since we arrived in overcast and rainy weather we decided to spent the day lounging on the board and enjoying the last day of cruise-related service and activity. After all, we had two more days to explore if we wanted them as we had an extra day before our flight home.

Day 2 was officially the day we had to leave the boat for good and we used the transfer to the airport. From there we went to our airport hotel as our flight wasn't actually until the following day. Fortunately our hotel offered a very inexpensive shuttle service into the city. So off we went to La Rambla - the walking and shopping section of Barcelona.
La Rambla was pleasant but frankly crowded. Barcelona is a big city and it's flooded by cruise tourists on a daily basis (yes, I realize we were part of that crowd). It does a good job of absorbing them but it still feels like they're there around you. You thread your way more than you walk.

We ended up in the Barri Gothic (the Gothic quarter), an old section full of twisty lanes and pretty plazas. Loved this area and found a nice cafe to enjoy the sunshine and the streetscape. Given the size of the city and how touristy the area is, we expected exorbitant prices but they weren't too bad. About double Cartagena but not unreasonable. 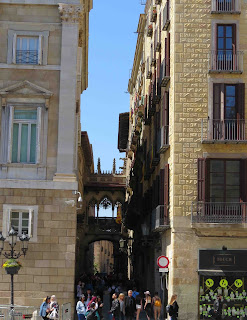 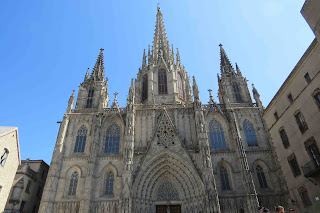 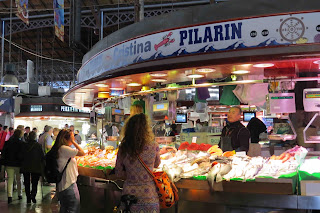 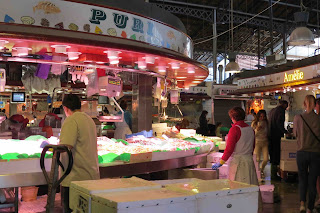 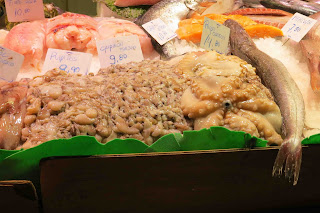 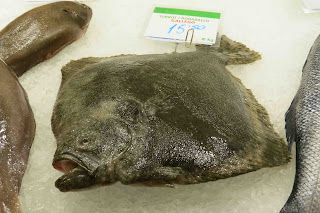 I bought some Catalan EVOO and some truffle oil. According the stall owner, the olive oil from Catalonia is a bit milder than Spanish oil. I can't wait to try it on my garden tomatoes this summer. 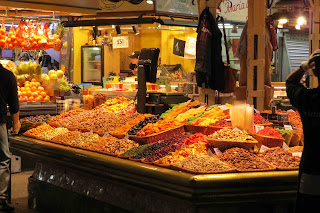 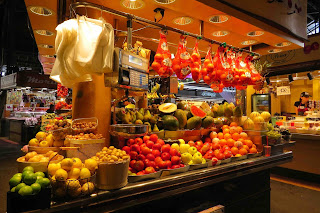 After all that gorgeousness in the market we decided we needed a pick-me-up and went back to the cafe for hot chocolate and cookies. Wow. Just wow.

Barcelona was nice but felt far too much like a big city for me to really enjoy it. We much preferred Madeira and Cartagena. But that's why we travel, right? To see what we like, what makes us uncomfortable, and figure out where we'd like to go again.
Posted by Cr at 2:00 AM