Tracks in the snow

We walk the dog every morning. Some mornings we stick to our road and other times we venture onto our forest trails. The dry snow we've had lately combined with seriously cold temperatures means that the animal tracks are very clear - they're not melting and spreading during the day so you can more easily make out what they are. Unfortunately, they do not photograph well at all. So you're going to just  have to imagine them along with me.

We're excited to report that we have a pair of red fox. We haven't seen them - just their tracks. Smaller than coyote or dog and in a perfectly straight line. I haven't tried to find the den but have enjoyed walking along with them as they check out stumps for mice.

Speaking of mice, we can follow their trails too. Little hopping imprints with the occasional tail drag for cuteness. I followed one yesterday to where an owl ate well. I found a perfect outline of the owl's body in the snow - both wings fully outstretched, tail feathers fanned wide, body imprint where the force of his dive drove him into the snow. There was no mouse trail that led away from that imprint.

We also have many deer and their trails are getting deeper and clearer. They also like to follow our walking paths so we often don't even need to go far afield to see them. We were lucky enough to find where they had bedded down for the night - five deer beds melted into the snow. We rarely see the deer themselves but their sign is everywhere: nibbled tree bark and buds, pellets and urine stains, hoof prints that meander leisurely only to burst into wide running marks where they were apparently startled.

And of course we see our prints. Snowshoe tracks, boots, and dog prints everywhere. Long walks and short ones. It's great being out in the woods. 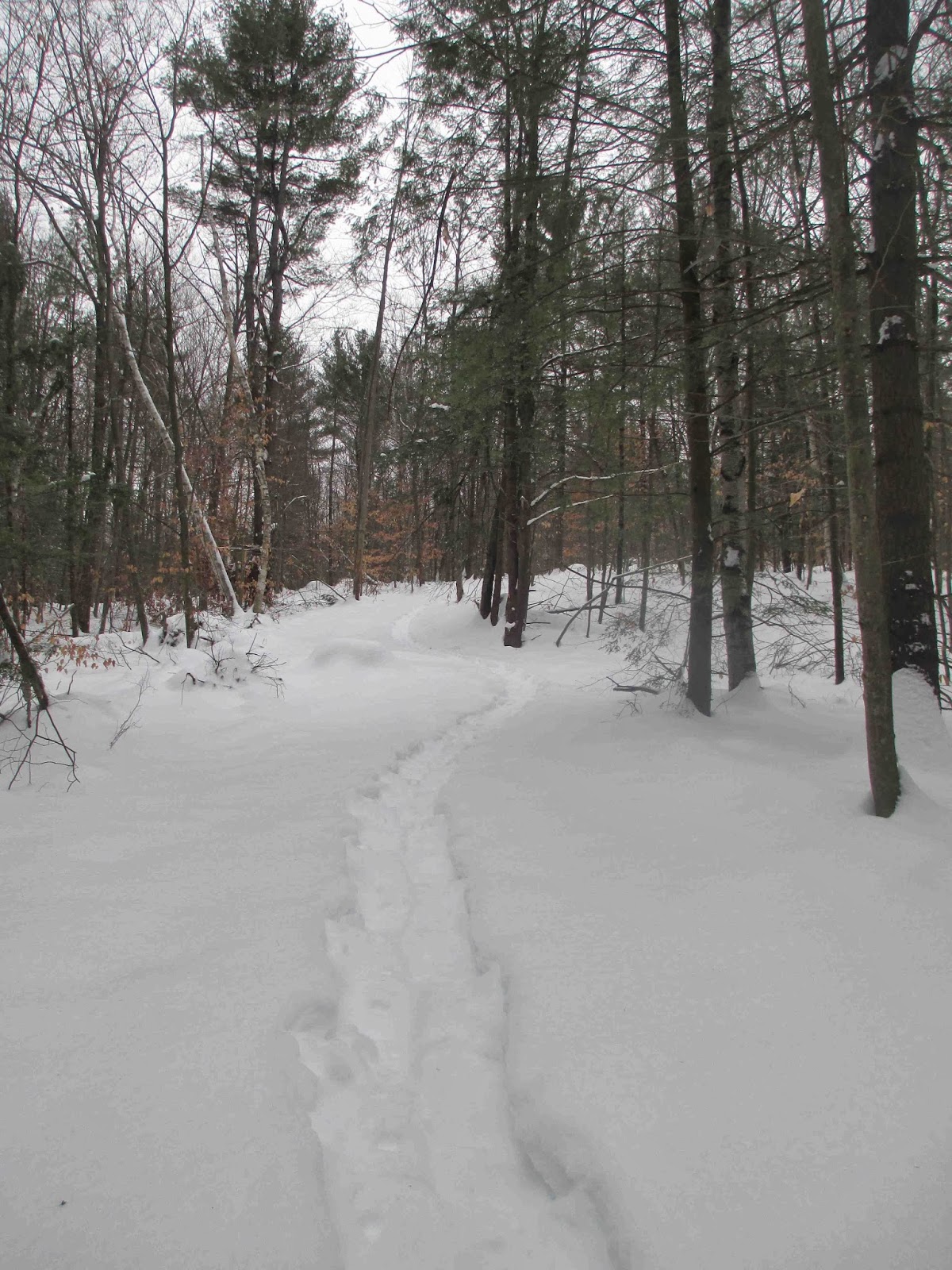 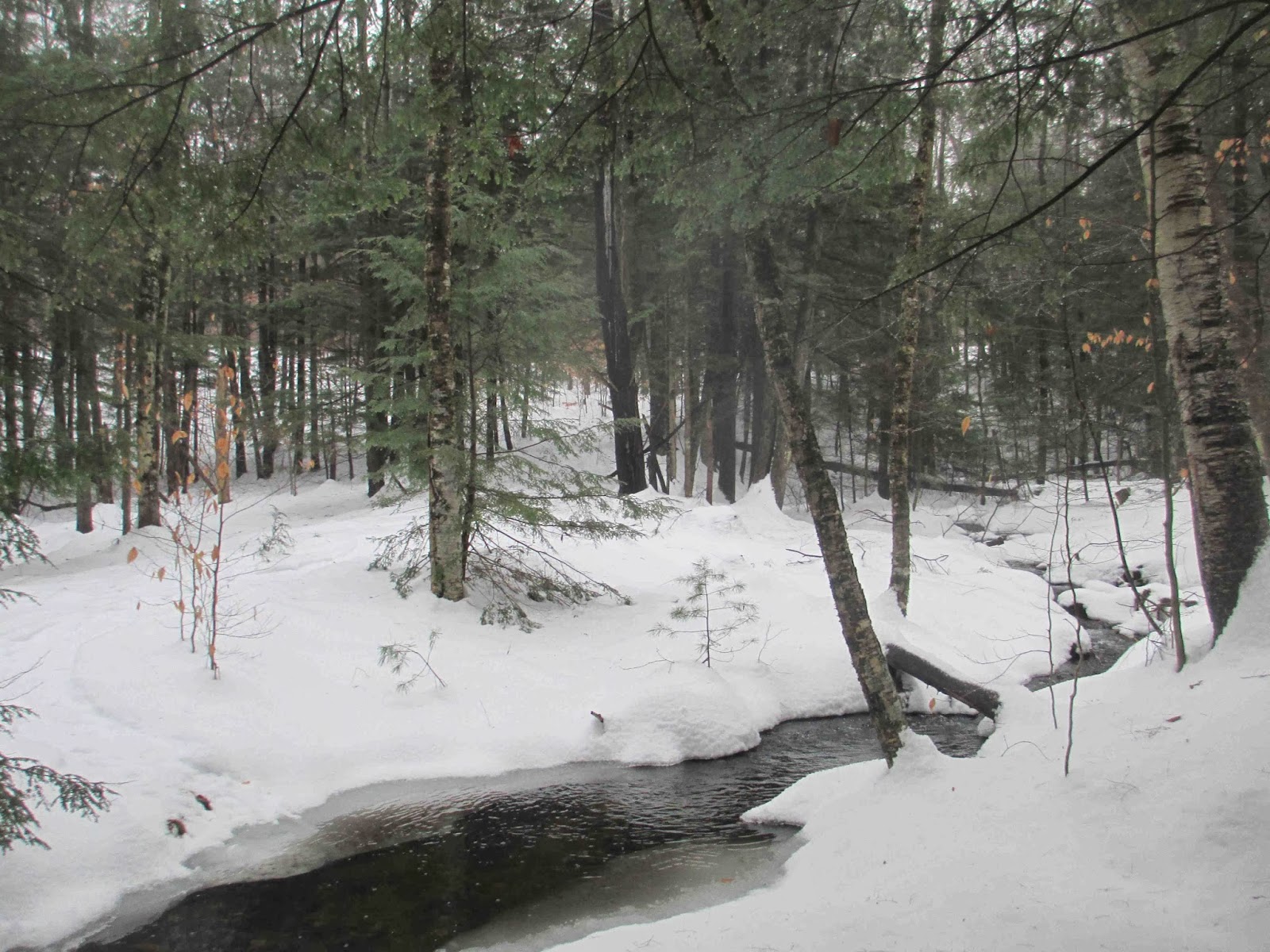